‘We Study How the Language Is Used in Practical Terms’

Mira Bergelson on the discourse practices in Russian society

Mira Bergelson, Professor at the School of Philological Studies and Leading Research Fellow at the Laboratory for Comprehensive Interdisciplinary Projects, coordinates the project “Discourse practices of Russian society: professional and sociocultural perspectives”.

How did the idea for this project emerge and what are the professional and sociocultural perspectives in relation to discourse practices?

As a linguist, my whole life I wanted to study language as a tool for everything we do, especially within a complex society where so many interactions happen between people and so much depends on effective communication. Therefore, the ‘Big Project’ I proposed was about discourse practices, or how the language is used in practical terms.

It was important for me that the project represents an ‘umbrella’, which would gather many vital practices where subtle differences in what and how we communicate may have significant impact on various social activities. In addition, since one person cannot cover everything, the project brings together a group of people who study the different aspects of language in its sociocultural and professional context. Thus, our project consists of various cases, which consider the kinds of speech activities that form practice. When we talk about discourse practices, we refer to the use of language in situations set by the actions of people involved in this practice, whereby certain parameters of communication characterize repetitive verbal activities, which, in turn, can perform a particular function in society – either professional or ethno-cultural.

What do we mean by sociocultural context? Because one’s linguistic identity largely consists of various socio-cultural aspects. In Russia, and especially here in Moscow, we live in a multicultural, multiethnic and multilingual society, and the fact that an individual belongs to a certain ethnic or even a linguistic group – something that determines what languages people know, what languages they learn or forget – all this has a great influence on how speech practices evolve. It also concerns usually conflicting situations around minority languages status/preservation in the republics of our country, especially when it comes to education policy – how to teach in different languages (what subjects, to what extent, as well as how to develop and preserve languages). Our profession, on the other hand, determines what we do on a daily basis as individuals, as well as within society (here I refer to job related activities that are carried out primarily through communication). 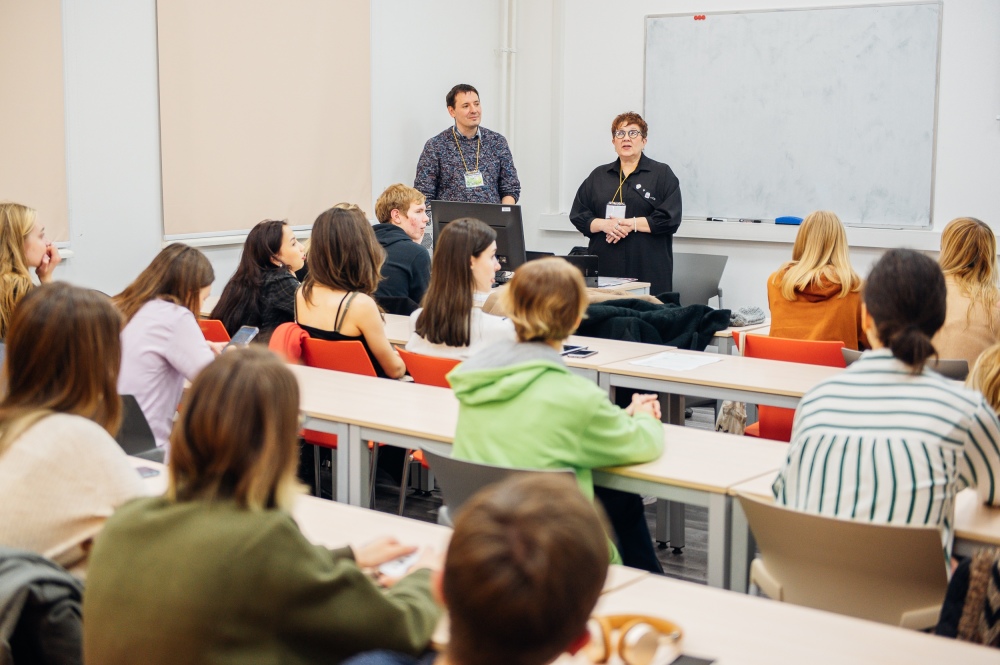 Can you tell more about the cases included under your project?

For our current study of minority languages, medical cases were a particular priority. Our colleagues, experts in the Chuvash and Tatar languages, for example, explored the use of minority languages in situational crises – to what extent the use of Tatar or Chuvash languages during the Covid-19 pandemic contributed to better or worse communication between doctors and patients and what this tells us about the problems of using the Tatar language in medical communication. In other words, to what extent did failing to use the Tatar language affect successful communication between doctors and patients, as well what was the speed of information perception? This case study is being led by Vlada Baranova from HSE St. Petersburg, and we have obtained very interesting results. For example, we discovered that communication in a native language can be more convenient, but people are afraid to do so because it is unusual to speak their native language in medical institutions, even in situations when both the doctor and the patient know the language. With this in mind, we prepared practical recommendations and have already reached out to the HSE Department of Health Care Administration and Economics.

One of the case studies concerned communication between air traffic controllers and pilots. This project aims to propose practical solutions and is led by Denis Zubalov. This case is ‘motivated’ by the largest disaster in the history of aviation, which occurred primarily due to a communication error, when the word ‘OK’ was misinterpreted by the pilot. Our colleagues already came up with practical recommendations on what to focus on when teaching Aviation English to Russian pilots. This is a very important issue because, of course, there are problems in communication in a language that can be foreign to all participants. This non-native English is different for different parties and, as such, there should be skills to overcome possible misunderstandings. As part of the project, we plan to cooperate with the Aeroflot Association, which trains Russian pilots to pass the aviation English exam.

We also have a number of other cases that look at totally varying discourse practices. There is a case on how the use of anglicisms has affected digital discourse over the last 15 years – how certain interactive practice arises between people and what are the consequences of it being used in professional activities and beyond. Another case concerns conflict communication and aggression on the Internet – how and by what means it can be measured, anticipated and experienced. It is headed up by Valery Shulginov, who wants to identify the various markers of aggressive behaviour. As for me, I head up a case about language adaptation – the attitudes of speakers of minority languages to loss or preservation of their native tongues in metropolitan cities. We have a case that explores the archetypes of the pandemic mentality and the values that emerged in this period within certain age groups. It is led by Stanislav Beletsky. Another interesting case led by Irina Fufaeva and Anton Somin looks at words designating gender and ethnicity (ethnonyms) and their use in communication according to one’s social position, professional and sociocultural affiliation (which can be quite conflicting).

It’s quite apparent that cases are different. However, they may be described through the same system of parameters (participants, context, goals, tools, etc.). We are also looking at the intersection of those practices and analyzing what factors lead to successful communication and the reasons for communicative failures (e.g., ineffective communication that did not achieve its goal). 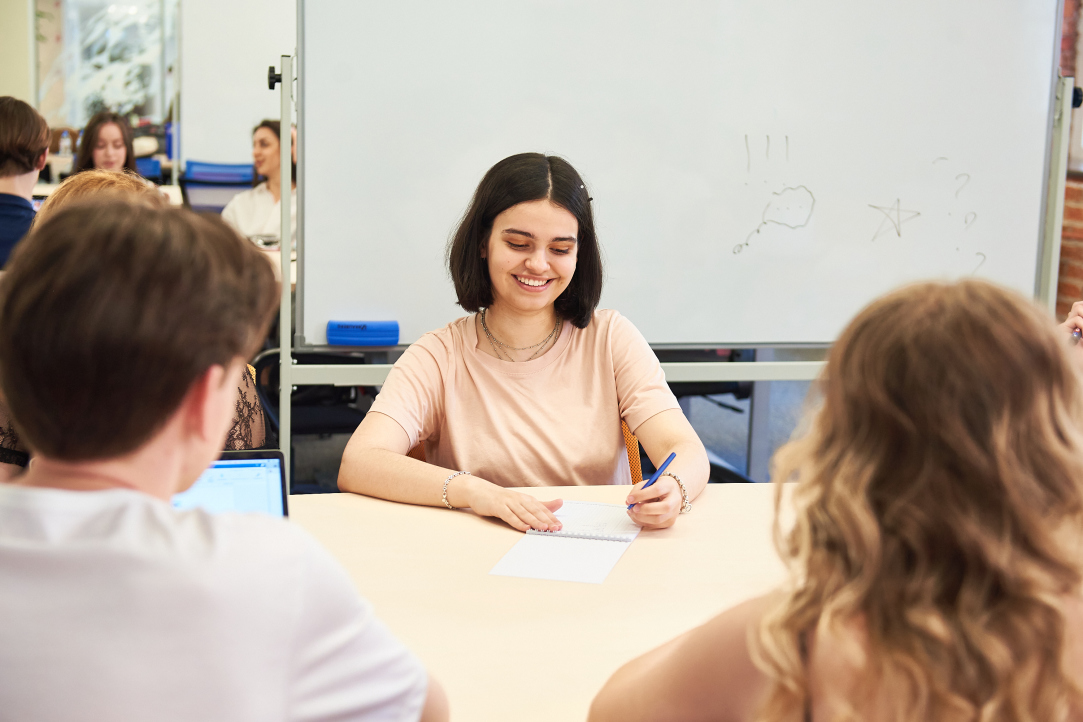 How do you collect and process your research data?

To obtain research data, we needed people to speak and talk about something in a natural manner (so that the discourse is ecologically valid) – because people communicate not only with words, but also without them. To register non-verbal components properly, we conduct and record semi-structured interviews on given topics, trying to reveal the meanings that a person would not consciously emphasize in a ‘natural’ conversation. We later transcribe, or better say – digitalize – these interviews identifying not only what people say, but how they do it through certain vocabulary, discourse markers, expressions, constructions, how they structure their thought. In addition to interviews, we collect posts from the Internet and social networks, and conduct surveys. The gathered data is then tagged – we mark pieces of text or discourse, so that they can be extracted when certain parameters are set.

This actually leads to two main goals that our project pursues: the formation of text corpora related to certain discourse practices, thereby allowing us to see the data when it has been registered and how it has changed over time, as well as various tools that can help to identify problems of ineffective communication in specific discourse practices together with potential recommendations to improve it.

Will this project generate an applicable product?

There will be different products for different cases.

Our major product will be the database with the best part of the raw data of the collected corpora that can be used for dozens of other studies (as it would allow checking how and what people talked about in certain years).

Some colleagues solve the methodological problem – they formulate instructions and methods of analysis – for example, determine the level of complexity for the language of law. And this is a huge problem – the language of the law is so cumbersome that it is nearly impossible to understand it. Thus, the product the team produces is algorithms for checking whether a law is comprehensible from the linguistic point of view. The HSE School of Finance already uses the methods we have developed in order to identify certain triggers/markers in the texts of top managers, while also assessing their levels of risk tolerance and over-confidentiality (which are very important audit parameters).

Furthermore, of course, we publish articles. For instance, the team researching online aggression works on an academic paper that would illustrate what provokes different levels of aggression when communicating online (what designations serve as the triggers of aggression). And there are and will be other publications as well.