‘Ethics and the Law’

Alexander Larichev on the Index of the Ethicality of the Law

Alexander Larichev, Deputy Dean for Research and Professor at the Faculty of Law, leads a track on Ethics and Law as part of the Applied Ethics Big project. Dr. Larichev discussed with the HSE Look the project’s objectives and digital products it aims to create.

Can you please tell us about the project that you oversee – what is it about and what are its objectives?

The central issue of the project is how the law relates to other social regulators, such as morality. Interrelations between individuals in various spheres of interaction have long been subject to the influence of moral (ethical) norms. Quite often, it so happens that morals are more powerful in their impact than the “core” regulator, that is, the law, which is controlled by the state.

Our project aims at resolving issues relating to the mutual influence of the two major social regulators – the law and ethics. This includes a study of the history of ethical concepts in society, as reflected in the law, the philosophical aspects in interrelations between the law and ethics, as well as an analysis of the applied aspects relating to the interplay between the two social regulators within various spheres of societal relations.

One of the strengths of HSE University has always been its interdisciplinary approach, thus allowing us to consider a research topic from various angles and converge achievements from different disciplines. The project brings together legal researchers, philosophers, sociologists, mathematicians and computer scientists who jointly accumulate academic data on a given topic. For our research focus, as well as in terms of meeting set tasks, this is a unique approach both in Russia and globally. 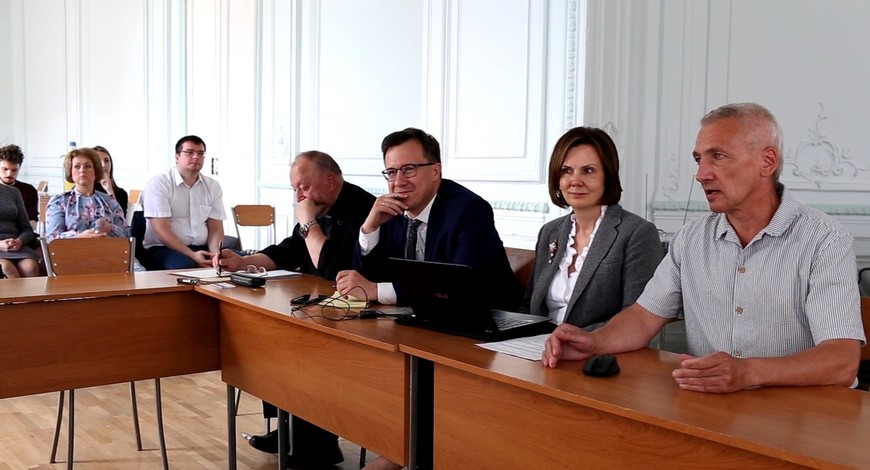 What digital products do you plan to create through this project?

Within the context of this project, the development of two digital projects are now underway. This includes a chronological map of the historic evolution of the impact of ethics on the conception and development of legal norms (the so-called “feed of time”), and our “guiding star”, that is, the Index of the Ethicality of the Law (IEL).

The feed of time aims at a wide audience and reflects the consistent evolution of ethical norms (so-called “moral foundations”), their development in various sources of the law over time. It will cover core periods of Russian history, from the ancient times until today. The launch of the feed on a special website will not only allow us to organize a big array of data about interrelations between ethics and the law at differing stages of Russian history, but also popularize research results among a vast readership. Furthermore, the feed may serve as an excellent tool for studying the history of the state and law at school or academic institutions, as well as a database for further inquiry in regards to related issues.

The IEL will synthesize the results of theoretical/philosophical analyses and sociological research with the application of the latest AI and programming achievements. We plan to create a functioning computer algorithm, which can assess individual legal norms, their blocks and normative legal acts (NLA) overall in terms of its compliance with today’s ideas about ethicality in Russian society. This mainly concerns the norms containing so-called “moral foundations” and ethical content focused on values, rather than technical norms.

All activities with legal texts will be carried out through the information analytical system, for which a prototype was developed in 2021. This system will visualize, via the user’s interface, connections between inputted NLAs, while also assigning to NLAs numeric values, which will be interpreted as indices of ethicality of a given NLA, on the basis of machine-learning methods.

The Index of Ethicality is largely instrumental for legislators, as well as the executive authorities engaged in the implementation of the legal regulation of societal relations. Our colleagues from the State Duma of the Russian Federation have already confirmed their interest. For instance, last year, the Parliament held a roundtable, where the tests of the algorithm were discussed, along with the feasibility of its application for assessing the ethicality of draft laws. As a result, it shall serve as a key instrument to render adopted legal norms more effective, so that they meet the expectations of a society. Among those interested in IEL, there are representatives of IT giants, who are members of the Alliance for the AI Sector, as the IEL will be an important applied instrument, which can demonstrate the new options provided by neural networks in finding solutions to social concerns. The IEL will also be available in the public domain, which can help Russian society and the state better comprehend the motivations behind human behaviour and the necessity for regulating it. 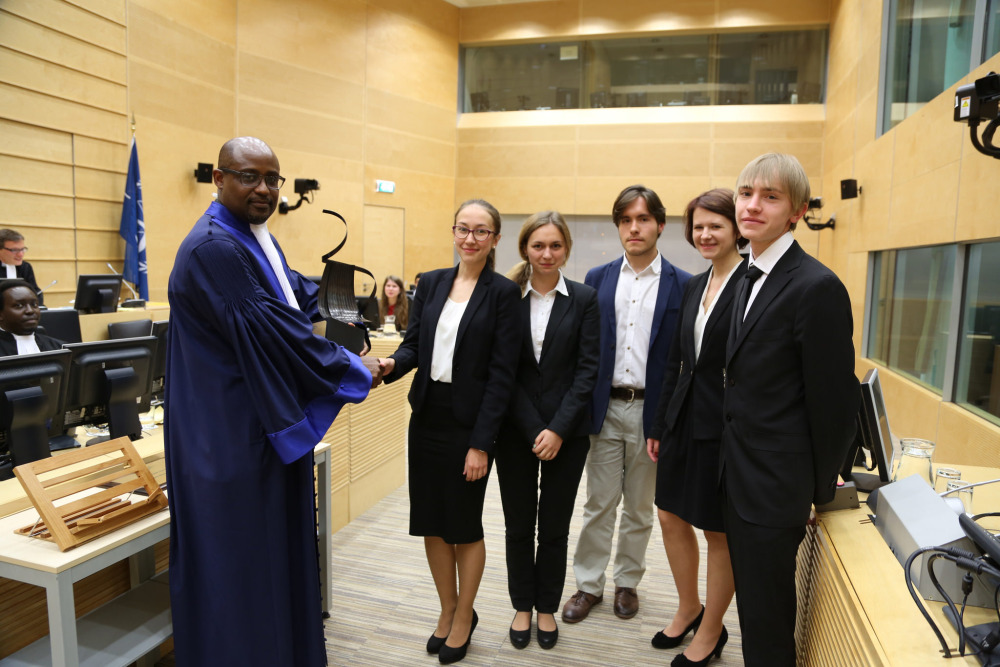 How do you collect data for the Index of the Ethicality of the Law?

The content of the feed of time will be based on the results of our researchers of theory and history of law, who are analyzing in-depth legal acts from various historic periods. Experts in law, sociology and philosophy also join in the efforts to collect data for generating the IEL. Finally, academics from such fields as mathematics and computer science are working on the development of information systems for the two products.

With respect to the IEL as such, we have spent hours mulling over the methodology for building the index at interdisciplinary colloquiums. This particular task was at the top of our list. Thanks to these joint efforts, we developed an algorithm for building an index as follows. First, in order to understand what ideas underlie the concept of the ethicality of law, we plan to conduct all-Russian sociological research (scheduled for this autumn). This analysis will be based on a questionnaire, which is devised based on MFT (Moral Foundation Theory) principles. The survey will allow to identify average conceptions about the ethical/ the unethical in Russian society, based on several indicators, as well as assess the level of the moral relativism of respondents, which matters for shaping an accurate portrayal of the ethicality in a society.

On the back of MFT-based sociological survey, the methodology will be developed, along with carrying out the tagging of norms in Russian legislative acts. For the purposes of tagging, ethically loaded norms will be selected in legal acts of the sectors aligned with respective MFT indicators: constitutional, criminal, civil, tax, family law.

Following the tagging, each norm will carry a whole-numbered label, assigned through a developed method. Later on, machine-learning methods (e.g., neural networks) will be applied to such tagged texts and, thanks to the learning on 10,000 to 100,000 of tagged norms, the system shall be able to independently discern non-tagged new normative constructs and tag an uploaded text with a number value which can be interpreted as an index of its ethicality.

Do students take part in the project? What is their role?

As with any other major project at HSE University, our project heavily relies on undergrads and doctoral students. They get involved as research assistants, who, jointly with team members from among academics, collect materials for both theoretical analysis and applied results, as well as take part in the development of digital products. Now, for instance, a group of our young team members is helping us to carry out a semantic analysis of academic articles covering the relationship between ethics and the law. During the project’s subsequent stages, undergrads and doctoral students will assist in tagging legal norms in line with a developed ethicality scale.

Can you please share some of the achievements that the project has generated?

Since the project’s launch in 2021, we have completed a vast amount of work. First, we carried out an in-depth analysis of the philosophical approaches to the interplay between ethics and the law; this has resulted in the generation of both academic and applied knowledge. We were able to adjust the MFT-driven tools, so that we can build the feed of time and the IEL. Furthermore, we have developed a prototype of the information/analytical system for the IEL. By December 2022, the feed of time will be rolled out as a ready-made product.

Our theoretical developments, in terms of determining a foundational model of the interrelationship of the two normative systems – ethics and the law, as well as special models for their interrelation and mutual influence in specific domains of life, have been further considered in several papers published in notable academic journals as well as several monographs. This project has also spurred on the creation of several study courses and research seminars for students, e.g., the “Ethics and the Law” course for the Master’s programme in Public Law at the Faculty of Law. Under this course, project results are presented to students, thereby attracting their attention to related problems, while involving them in further research work.

I wish to thank our interdisciplinary team, all participating subdivisions, and HSE University’s administration for their support for our ideas, which, through their implementation, uphold the long-standing academic and intellectual reputation of the University.